skip to main | skip to sidebar

I practice mercy toward my former selves,
and so see my life – not fractured –
though full of starts and finishes.
Reincarnations then these starts –
leaps of Sandra-faith into the new.
Those finishes – necessary falls, times
out of daily world and rhythms when
emotion and intellect collide, constructs collapse.

Yet this body has not died and
spirit, though clothed in foreign garments,
remains wedded to this earth.

But there is a center.
And it does hold. And some revelation
Always is at hand.*

*William Yeats begins the second stanza of "The Second Coming" with these lines:
" Surely some revelation is at hand;/ Surely the Second Coming is at hand."  As I wrote this reflection, felt the energy of the "gyre" of which he writes, but I felt the vibrations as Sacred Union and living reincarnations.

Note:  Yeats’ Vision speaks of two conical helixes that are joined so that the widest part of one helix meets in the same plane of the point or smallest part of the other helix.  Certainly, this the hexagram formed by the chalice and the blade is a cross-section of this union.  And two helixes joined this way from the side would also form this pattern of the Sacred Union.
Posted by Sandra Pope at 1:47 PM No comments:

An Earth Day Prayer to Our Mother the Earth 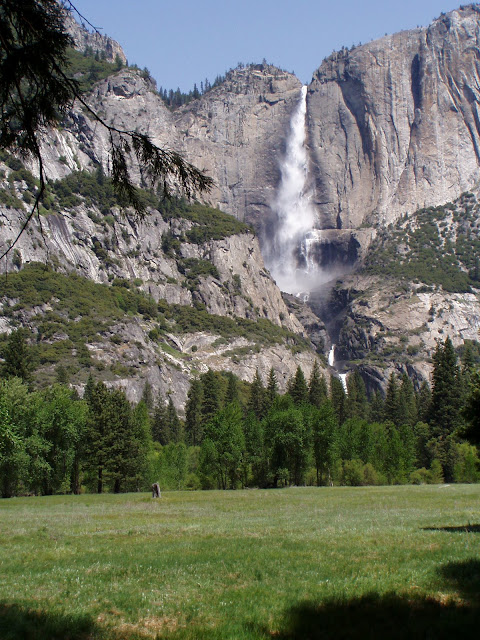 I love that Earth Day and Good Friday are on the same day this year. I am gardening and praying to Mother Earth.

Acupuncturist and healer Sally Norton, who makes rosaries, found this prayer in one of the lost gospels twelve years ago, and we used it when we did healing work with writer David Ray at the Hollywood United Methodist Church chapel.

Jesus said, "And after this manner, pray to your Mother the Earth:

"Our Mother which are the Earth, hallowed be thy name.

Thy kingdom come, and thy will be done in us, as it is in thee.

As thou sendest every day thy angels, send them to us also.

Forgive us our sins, as we atone all our sins against thee.

And lead us not into sickness, but deliver us from all evil,

For thine is the earth, the body, and the health. Amen."

Sandra Pope
I live in Southeastern North Carolina where I write, practice and teach Healing through Touch and Aromatherapy, and lecture about recovering from sexual, emotional, and physical abuse. In my book GROWING UP WITHOUT THE GODDESS, I share what my journey through sexual abuse has taught me about the cause of sexual abuse and about healing: • Cultures, which do not acknowledge the Divine Feminine, create abusers and groom women to be vulnerable to sexual abuse. • “Where one or two who are gathered together,” they may awaken another’s dormant, divine healing powers. • All healing is self-healing. • Healing is lifelong. My healing journey has taught me that we can activate the Divine Feminine within us and heal ourselves daily through heart-centered and intention-centered practices, as well as through energy body practices. Such practices include: • Healing Touch, meditation, prayer, soul retrieval, Qigong, psychotherapy, dream journaling, yoga, and • Aromatherapy, acupuncture, acupressure, reflexology, and Reiki, among many, many others.